Don’t make click baity videos about this. None of the stuff I mention here is “confirmed” or “future content”. Nintendo can change their mind and for fuck’s sake, stop milking other’s work for your content and get a life. This is just a page to sum up the fun stuff I’ve encountered while spending hundreds of hours of my free time looking into the game files. If you come here to twist the information I provide for free to fit your agenda, please consider being a better human being.

On 1.2.0, Nintendo changed the SLink/ELink value of multiple Special NPCs that weren’t (yet) in the game. I noticed this change on May 19 and I don’t think anybody saw it before as it would be really easy to miss. This suggest that the following were at least being played around by Nintendo before 1.2.0:

On 1.3.0, further changes were made for Wendell (wrl) and Luna (tap), changing their “Social” value, and SLink values. Luna also gets an Umbrella ID associated with her (black lace umbrella).

Since 1.0.0, the following villager have empty mottos:

These mottos can be found on my repo.

There are multiple reference to all three of these across multiple versions. There is not way of knowing when or if they’ll end up into the game but as a TLDR:
Cafe:

If you want to calculate it, use the following tool I made.

In the 1.4.1 bug fix, Nintendo removed the texture file and icon files for the sumo ring. I found this about 1h30 after the update dropped by making a diff between 1.4.0 and 1.4.1 as a lot of people don’t seem to bother with checking bug fixes.

Bug fixes don’t usually change the content of the RomFS (where the assets are stored) and usually only tweak the ExeFS (executable of the game) so I was kinda surprised when I saw this.

There are hints of a Portuguese and Brazilian localization being worked on for multiple versions (EUpt, USpt).

Timmy and Tommy as well as Wilbur and Orville share the same 3D model.

On top of the key differences you’ll see on every guides on the web, real and fake painting also differ in another way: real paintings have signs on the back of the canvas, while fakes don’t. See bellow the back of a real quaint painting (top) vs a fake quaint painting (bottom): 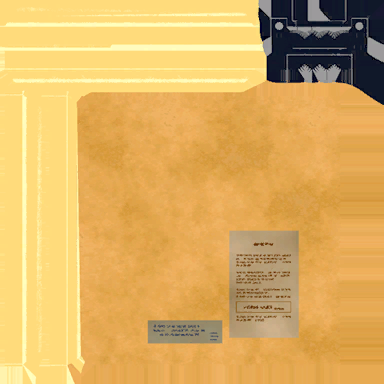 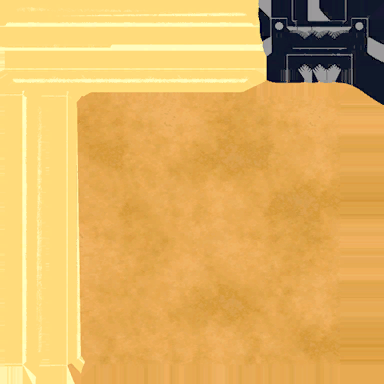 This one is a bit though to see but if you zoom in on the picture it will be easier. The western literature variant of the book contains an extract of the first chapter of A Study In Scarlet by Arthur Conan Doyle of Dr. Watson’s account of the war.

“…me it had nothing but misfortune and disaster. I was removed from my brigade and attached to the Berkshires, with whom I served at the fatal battle of Maiwand. There I was struck on the shoulder by a Jezail bullet, which shattered the bone and grazed the subclavian artery. I should have fallen into the hands of the murderous Ghazis had it not been for the devotion and courage shown by Murray, my orderly, who threw me across a pack-horse, and succeeded in bringing me safely to the British lines.” 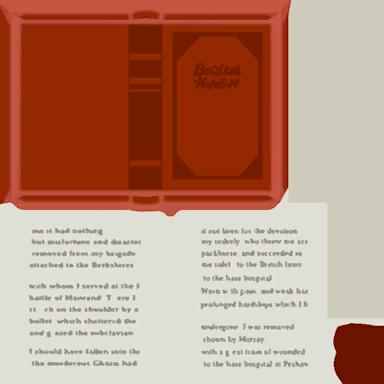 The tight punk outfits are internally called TopsTexOnepieceOverallLBondage as “bondage” has become synonimous to latex in Japanese.

You can see Jack on the TV Program for the Halloween commercial:

Her sketchbook actually has a drawing on it.

References to Nat (chm) and Chip (bev) can be found in some EventFlow for C.J. (bey) and Flick (chy). This might suggest that C.J. and Flick were added later in the game development.

A handful of TV Programs in the game don’t have any audio when viewed on a TV. These are:

This seems to be a bug as all of these actually have multiple audio files that should be triggered at specific keyframes during the animation of the program.